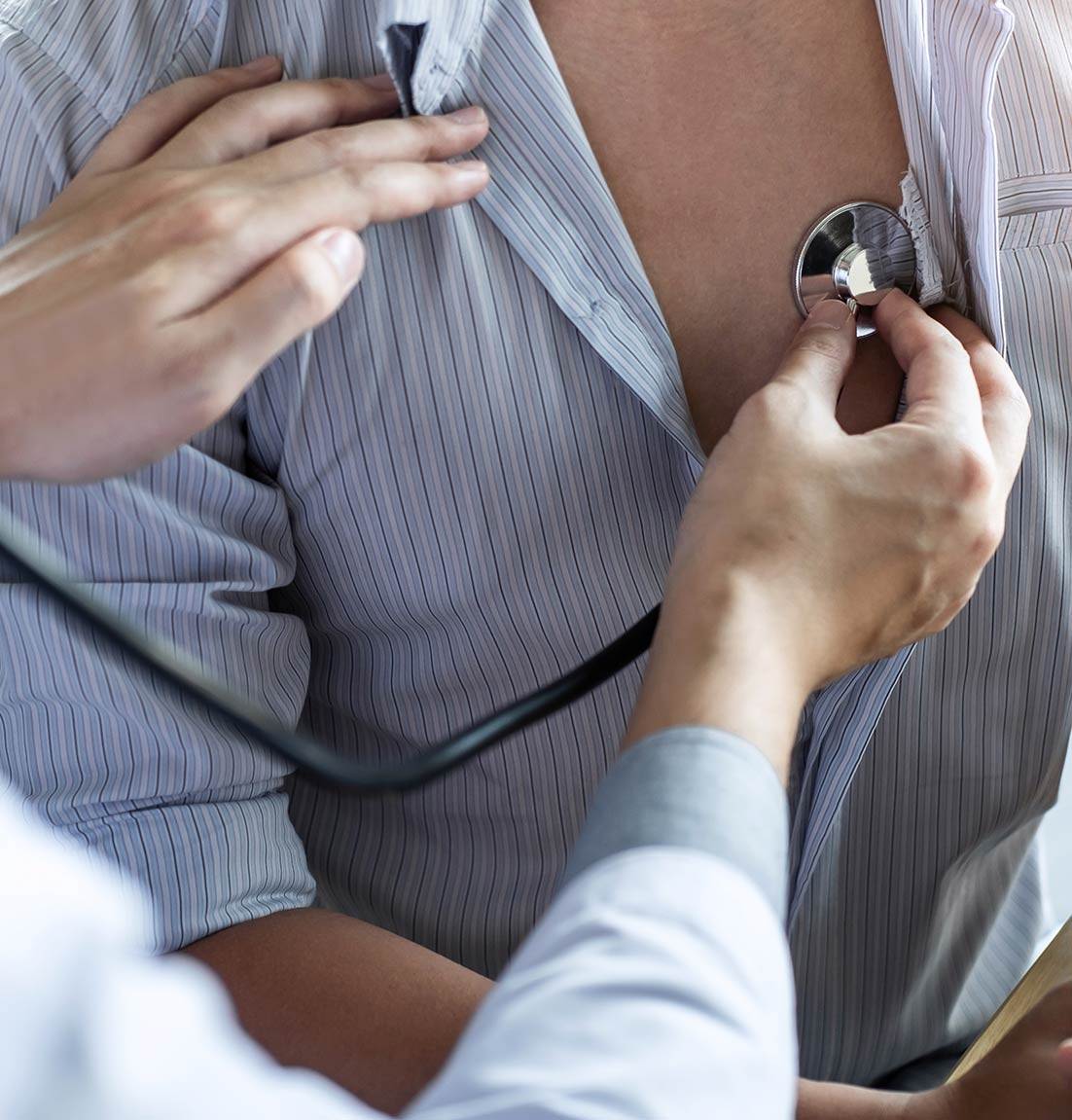 It’s hard to imagine that one of the of the world’s most serious health problems, visceral (gut) fat, (dubbed the killing fat because of its association with heart disease and diabetes) can be reduced, if not eliminated, by simply ingesting a small amount of oil extracted from a tiny sea organism Calanus finmarchicus found off the coast of Norway,—a sea organism whose phenomenal health benefits lay dormant, actually ignored by leading scientists, until a Norwegian outlier, Dr. Jan Raa, decided to look deeper.

What he discovered would shock the scientific community and contribute to Dr. Raa earning Norway’s most prestigious award, the Commander of St. Olav, presented by the King himself! Here’s how it all began: 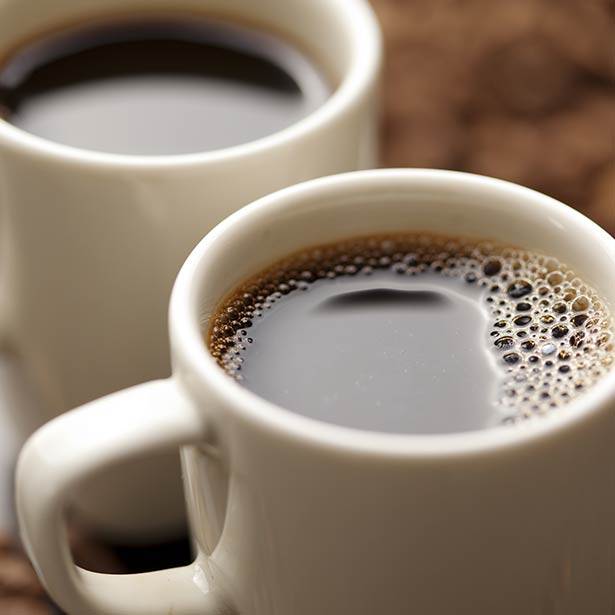 On the morning of Dec. 12, 2007, Dr. Jan Raa, Norway’s pre-eminent biologist, unconventional, brash, intensely curious, had a meeting with Kurt Tande, a former student, now a biology professor and part owner of a modest fishery. Kurt wanted Dr. Raa’s assistance on a project Kurt was working on. The meeting changed the course of both men’s lives and led to quite possibly Dr. Raa’s greatest health discovery.

Over a cup of coffee, Kurt explained to Dr. Raa that his company had designed eco-friendly technology to harvest Calanus, an incredibly abundant North Atlantic shrimp-like organism that, until now, was not feasible to harvest. Kurt believed the beautiful ruby oil inside Calanus yielded a pollutant free superior source of essential fatty acids. His company had developed a gentle process to extract the ruby oil. 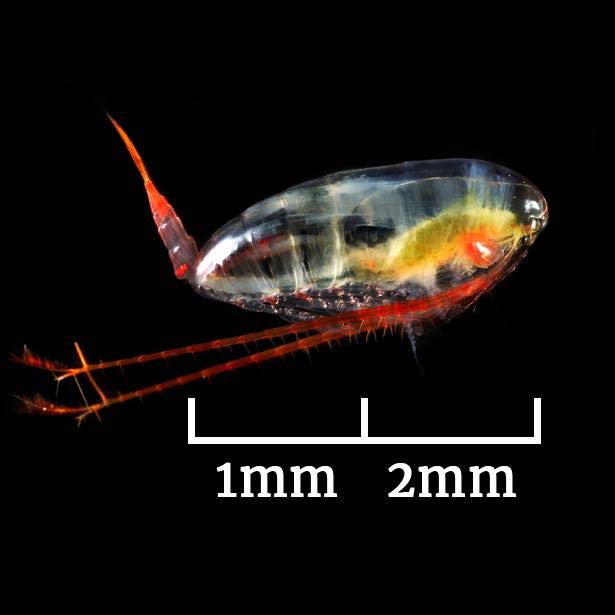 But there was something else… After Kurt completed his first small harvest for testing purposes, he and his colleagues had begun taking one gram of the extracted ruby oil every day as a substitute for daily fish oil supplementation. They weren’t prepared for what happened.

Almost immediately Kurt noticed a surge of endurance, both at work and during his leisure skiing and hiking trips! More astounding… a colleague reported that his belly was shrinking, but he hadn’t changed his diet or life style. His colleague’s wife was happy too. Her husband’s ability in all areas of physical activity had increased! These effects Kurt could only attribute to the ruby oil. Neither he nor his colleague’s had these effects, or anything like them, from taking fish oil or krill oil, nor had they ever heard of anything like them associated with fish oil, or krill oil.

Kurt asked Dr. Raa if he could take a closer look at the composition of the ruby oil and come up with ideas on how it was able to produce these wonderful health benefits.

Dr. Raa paused. During his long career as a biology professor and researcher he had become aware of a phenomenon that happened when he was about to make a game changing discovery. Seemingly unrelated events would come together in a manner that propelled him towards the new discovery. It felt like that was happening now.

A week before the meeting with Kurt, Dr. Raa had been asked for his advice on improving the diet for a large salmon farming operation. The owners were at their wits end. They had carefully formulated a diet rich in vitamins, minerals, proteins, amino acids, lipids, and fatty acids, a diet far superior, they thought, than was available to wild salmon, and yet, unlike wild salmon, the farmed salmon developed pot bellies! Indeed when examined their stomachs revealed large deposits of visceral fat never found in wild salmon. Wild salmon primarily ate Calanus. 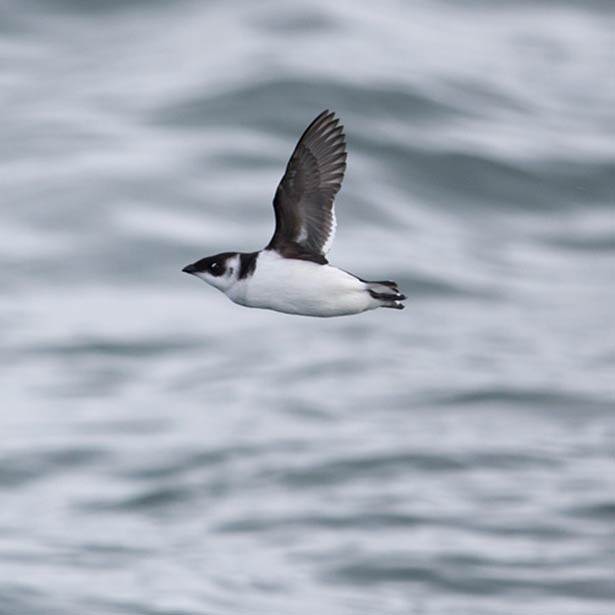 That same week Dr. Raa read an article about the mind boggling endurance feats of a small arctic bird called the “little Auk”. Pound for pound, it was considered the endurance champion of the Arctic. The bird could fly enormous distances staying aloft for days. The little Auk ate one thing, and one thing only, Calanus. And the little Auk itself was traditionally eaten only by Eskimos, who never got obesity related diabetes and heart disease.

And now Kurt and his colleagues experiencing endurance leaps, plus reports of gut fat reduction!

Dr. Raa told Kurt he was extremely interested in analyzing and testing his ruby oil (soon to be named Arctic Ruby Oil) at the University. They would begin immediately. 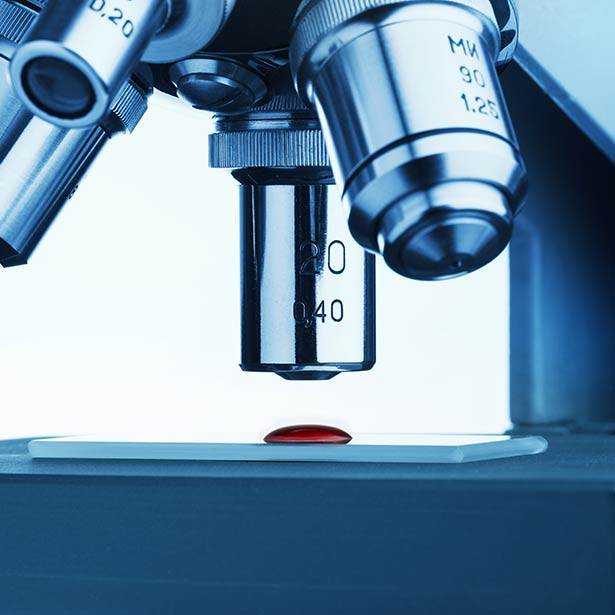 Preliminary analysis revealed that Arctic Ruby Oil was, by any measure, a far superior source of EPA and DHA than fish oil or krill oil. Virtually pollutant free, it seemed to magnify all the important benefits derived from fish oil and krill oil, dramatically. But that was just the beginning. As Dr. Raa looked deeper he was to discover components in the oil that literally stunned him, components that were present in only tiny amounts in other marine oils, but abundant in Arctic Ruby Oil.

Why is this monumentally important? For starters the monoesters of fatty acids found in Arctic Ruby Oil are the most concentrated form of energy found in all of nature. The only marine oil that has predominantly monoesters is Arctic Ruby Oil. Also, monoesters burn much slower than triglycerides and phospholipids. This means they are absorbed in the posterior part of the intestine where the important receptors are located that regulate fat distribution, glucose tolerance, and oxygen uptake. 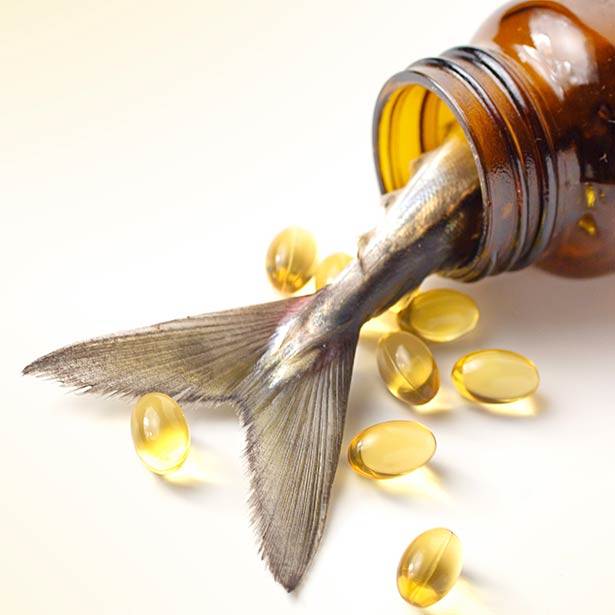 Much has been made about how the phospholipids in krill oil make it a more bioavailable form of essential fatty acids than fish oil. This in fact is true, but meaningless. The important point is where it becomes bioavailable, and what bioactivity it induces. This was little understood until recent ground breaking research was published.

As the research continued it became apparent to Dr. Raa why Calanus was truly the life force of the most dynamic and diverse oceanic eco-systems in the world, the North Atlantic. The oil contained in Calanus was absolutely the most energy dense super food on the planet, and capable of delivering health benefits that were almost unbelievable. Remarkably, until Dr. Raa, scientists had ignored Calanus as a source of health benefits!

Initial animal testing of Arctic Ruby Oil showed improved glucose tolerance, endurance leaps, dramatic reduction of visceral fat even to animals that were purposely fed a high fat diet. These results were not lost on Hakun Olsen, a lab assistant. 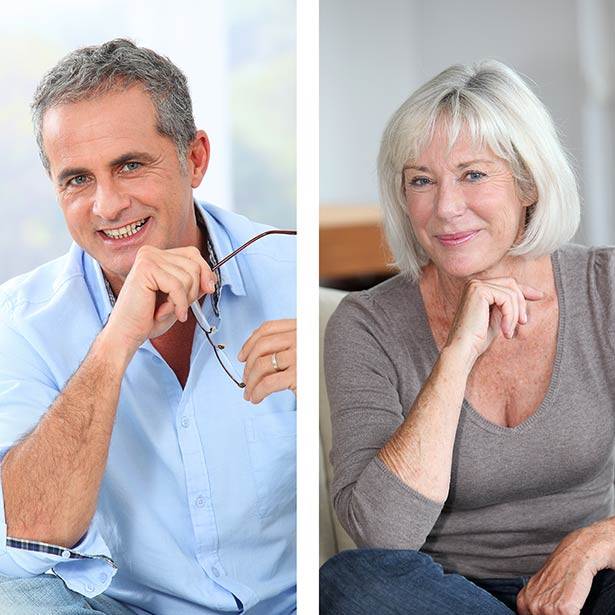 Hakun had been warned by his physician that his blood pressure was too high. He had out of control cholesterol levels, and a paunch that was not only unsightly, it was downright dangerous. Hakun had a master’s degree in biochemistry, and knew better than most people about the danger of gut fat. He knew how it dumped horrible toxins into the blood stream and how it was responsible for heart disease and diabetes. But like most people who enjoyed indulging, Hakun wasn’t inclined to radically change his diet or lifestyle.

Hakun didn’t wait for final test results, nor did he wait for the double blind human studies. Hakun could already see the changes in endurance and gut fat in the animals being fed a high fat diet with the addition of Arctic Ruby Oil. The control animals on the same high fat diet but without Arctic Ruby Oil continued to grow fatter and more lethargic… like Hakun. It did not help to supplement the high fat diet with concentrates of the essential fatty acids EPA and DHA. It was the Arctic Ruby Oil that had this remarkable effect. Hakun therefore requisitioned a liter and started ingesting about a gram a day.

At first the change was subtle. He definitely experienced more endurance, but his weight remained the same. And then after a few weeks it began to happen. His paunch was disappearing, but he still wasn’t losing weight! A few months later his physician was shocked. Hakun’s blood pressure and cholesterol levels were back to normal, his paunch had all but disappeared, but his weight loss was negligible. The Physician had no answer. Dr. Raa did.

When something is hot in the research community news spreads. And Hakun’s flat gut was a big deal. It didn’t seem to matter that the research was not finalized. Every one wanted to try the gut flattening oil. And try they did.

Within a matter of weeks more than a hundred people had asked for samples of Arctic Ruby Oil. It wasn’t long before the local townspeople of Tromso Norway heard about the gut flattening oil and soon were coming in droves asking for samples. So much so that the entire first harvest of Calanus was used up! Kurt was hardly upset. 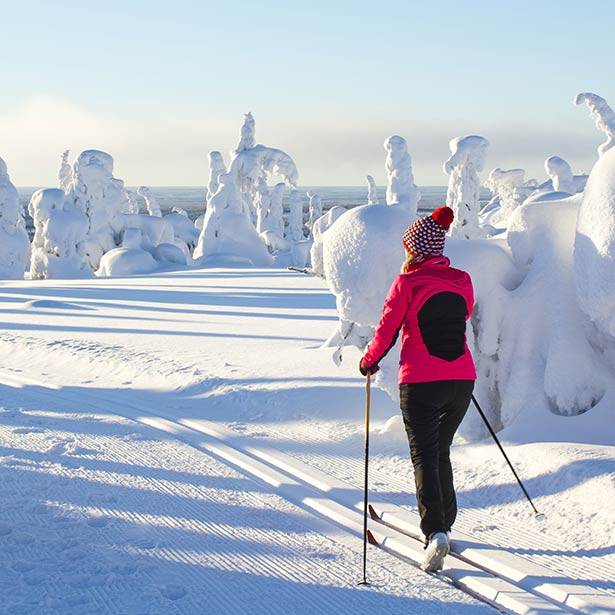 A typical example is Henriette Almen, a retired physics professor. She had been a competitive cross country skier for most of her life, enjoyed the outdoors and led a very active life-style. But now at the age of 66 Henriette had problems with mobility and endurance. She mostly stayed at home.

Because she no longer vigorously exercised she developed the “bulge” as she called it. Like so many seniors, Henriette accepted her condition as the inevitable consequence of aging. After two months on Arctic Ruby Oil she wrote the following:

“Had my first long skiing trip in five years! The mountains were beautiful. No pain, no stiffness, and “the bulge” is banished. Feel fantastic. Stuff works. Sure like to know how?”

Visit the website now to try this amazing oil.

How indeed! Today Dr. Raa and his research team continue their quest to unlock the seemingly endless health secrets of Arctic Ruby Oil. Many accomplishments have occurred since Dr. Raa’s first meeting with Kurt Tande.

Extremely positive human studies have been completed. Patents have been filed for harvesting, and extraction. A full range of health applications for Arctic Ruby Oil have been demonstrated, including visceral fat reduction, glucose tolerance, cholesterol and plaque reduction, to name but a few.

Dr. Raa’s critics, who believed Arctic Ruby Oil was nothing more than yet another omega-3 product, have all been silenced, especially after he received Norway’s highest award from the King. Kurt Tande’s fishery has evolved into a company fully capable of making Arctic Ruby Oil available to the world. It’s still the only company in Norway granted a license to harvest Calanus. 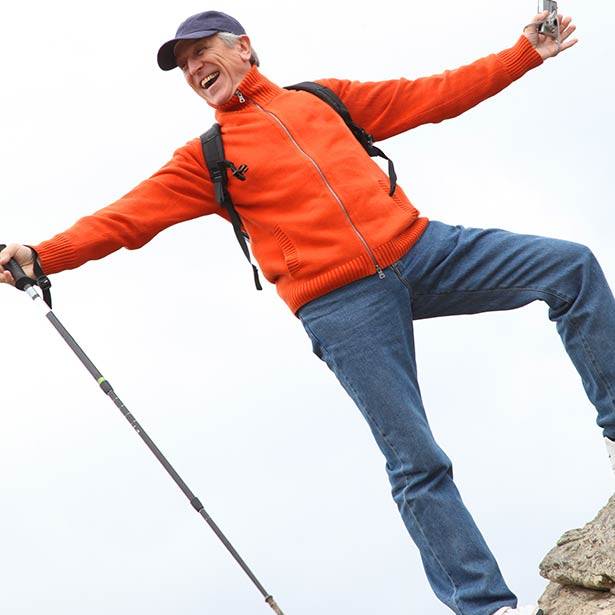 Emails and letters continue to pour in extolling the health benefits of the now famous gut flattening oil, However, some like Arvid Asker, prefer to thank Dr. Raa in person. 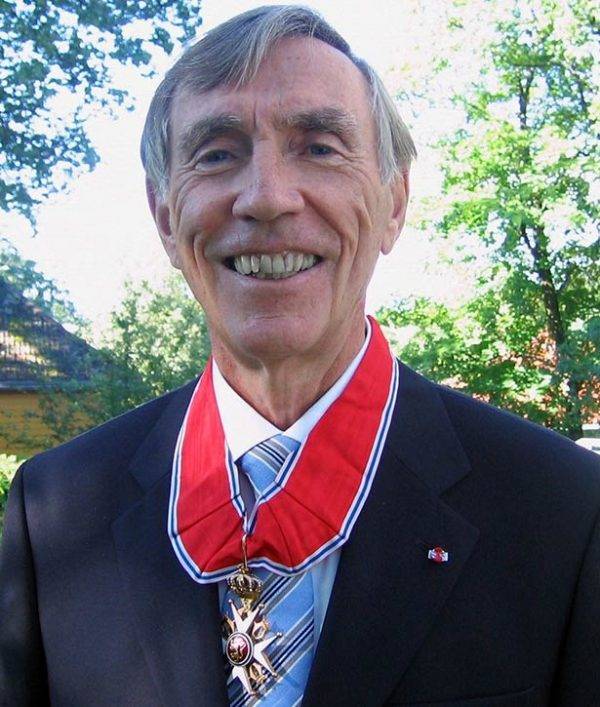 Arvid’s main joy in life was taking long walks in the country usually ending with a few beers at the local pub. For the past two years Arvid, who was now 76, had been too stiff and lacked the endurance necessary for his long walks, but had enough energy to walk to the pub. Three months ago Arvid began taking Arctic Ruby Oil in an effort to get back on the trail, and to flatten his ever increasing gut. Recently he went to see Dr. Raa to thank him. Arvid told Dr. Raa that he was back on the trail and never felt better! He showed Dr. Raa his flat stomach and smiled, then asked Dr. Raa how was it possible for Arctic Ruby Oil to do so many good things for his health. Dr. Raa answered this way:

Visit the website now to try this amazing oil.

All information contained within this site is for reference purposes only and are not intended to substitute the advice given by a pharmacist, physician, or any other licensed health-care professional. Any products and ingredients have not been evaluated by the FDA and are not intended to diagnose, treat, cure, or prevent any health condition or disease.